Have Camera Will Travel... 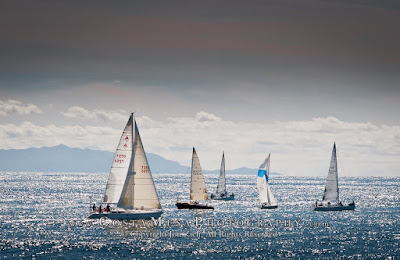 With a play on the famous calling card of the lead character in a 1960s western about a professional gunfighter, today's blog title is a gentle reminder of advise given by many serious photographers.  That is, always have your camera with you.  One never knows when or where your next inspirational image will be found, or when you'll encounter something unusual or unique.

Does this mean that you should lug your massive DSLR along with your assortment of lenses, tripod, etc...every time you run down to the grocery store, or go out to walk the dog?  Not necessarily, but you should at least have a smaller camera available to you at all times--that is, if you never want to be caught off guard.  Many people are lucky to have these new "smart phones" that have fairly impressive image capture specs.  Other people use their first or second generation digital point-and-shoot cameras because of their small size and convenience.  Whatever works for you best is what you should do.  The main point is that it would be a shame to be somewhere, have an opportunity present itself, and then not be in a position to take advantage.

Well, it was fairly easy for me to anticipate a photo opp last weekend when I was planning to visit Hermosa Beach.  I knew I would be outside and would walk along the beach.  The weather was clear, crisp, cool in the shade, warm in the sun.  Turns out that it was a perfect day for walking, cycling, skating, volleyball, and of course sailing--and such was my opportunity as I walked out on the pier.  Off the coast was a cluster of sailboats, almost as if they were socializing, crossing paths and changing positions with each other in a conversation of movement.  The sun back-lit the fragile sails, making them appear to me like the wings of a delicate butterfly.  The bright light glistened off of each rippling wave and swell. In the distance was Catalina Island.  The composition was essentially made for me...I just needed to have a camera.

Aha, I DID have my camera--and I was lucky enough to capture this beautiful seascape.  So next time YOU head out, even if for a quick casual errand, make sure you are prepared for that next great photographic opportunity--have a camera with you!
Posted by Jon Zich at 9:30 AM 1 comment: 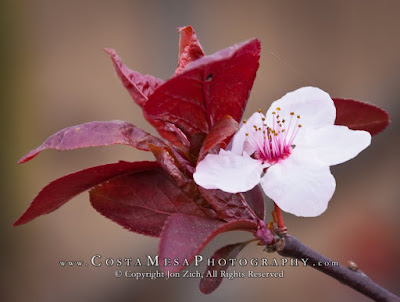 In spite of the chill in the air this weekend along with the unpredictable mix of warm sunshine and breezy, rainy conditions, I could sense that Spring is around the corner.

A quick trip out into the backyard revealed a number of areas where plants were beginning to bud and flower.  A variety of colors, sizes, and textures made for a surprisingly diverse photo shoot (and I didn't have to spend anything on gas!).

On of my favorite subjects is our red bud tree.  This tree has the most magnificent magenta leaves and offers many photographic opportunities throughout the growing season.  Today's shot is of a blossom and the first emerging growth of leaves.  I'm able to see quite a number of buds and blossoms, and look forward to the full growth ahead and the shade it will provide.

I have a really special trip coming up, and that will be to Joshua Tree National Park.  Stay tuned for the desert beauty that I will be able to share with you soon! 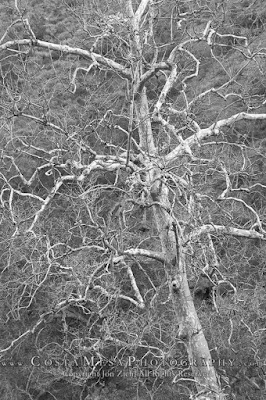 I went on a long hike this weekend up the Holy Jim Trail in the Santa Ana Mountains.  This mostly unimproved dirt trail follows a winding path along the Trabuco Canyon Creek and includes multiple crossings along the way.  Careful footing and good balance was needed in order to step across the rocks and logs, and avoid ankle-deep ice-cold water.  At the end of the trail is Holy Jim Falls, a beautiful 20-foot drop into a cool shallow pool...a great place to sit and relax, eat a snack, and get a drink.

The day started early, almost in the dark, as we drove to the trail head.  This rocky dirt road can be punishing to a passenger car which explains why most pickup trucks and SUVs make the trip.  Because of the extensive rains we've had recently, one of the river crossings was completely washed out, forcing the road closure at that point.  From there it was about a 2 mile walk to the trail head.  The Falls would be another 3 miles.

As we loaded our gear for the day hike, the temperature was in the upper 30s.  By the time we returned mid afternoon, the temperature was nearly 70.  The plan of layering clothing really paid off.  Even though this would be a relative short walk, we were none-the-less prepared for the realities of being out in the wild...extra food, extra water, first aid, etc...

The tree in this posting really caught my attention, and was discovered fairly early in the hike.  It's brilliant white bark set it apart from the brown hills and green grasses and brush around it.  It stood much taller than it's surroundings and seemed to have a story to tell.  I didn't originally visualize the end product for this shot--all I really knew at the time was that my attention was completely focused on the tree.  This would have been a good time to think about how to translate what I was feeling as I looked at that tree into a final image.  But I'm like a lot of others...shoot now, ask how to edit later.  If you want to grow as a photographer, you have to think more before and during the image capture process, and not rely on post-processing to create good imagery.  Similarly, you should have decent post-processing skills to coax the best image out of why might have been a well thought out and technically complete image capture.

Back in the digital darkroom it quickly was obvious to me that the colors in this image actually detracted from the tree.  As is often the case in photographs of subjects with artistic shapes, the colors can compete for the attention of the viewer.  When I converted the image to black and white, I was quickly back in the moment of that hike, gazing at the magnificence of the tree.  A few adjustments to the green color channel completed the effect.
Posted by Jon Zich at 5:33 PM No comments: