A tip from a friend led me to photograph at Lake Balboa Park, renamed Anthony C. Beilenson Park in 1998 in tribute to Anthony Charles "Tony" Beilenson, a former Democratic Congressman from Southern California who served ten terms in the United States House of Representatives, from 1977 to 1997. The park  is an 80-acre water recreation facility, with the 27-acre Balboa Lake at its center.  This artificial lake is supplied with reclaimed water from the Donald C. Tillman Water Reclamation Plant. 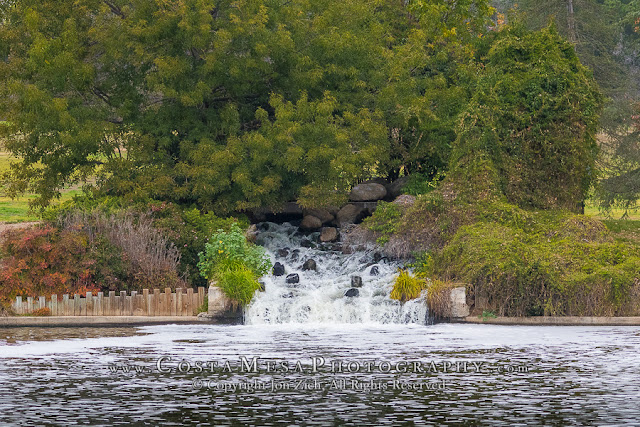 You sure we're in the right place?? 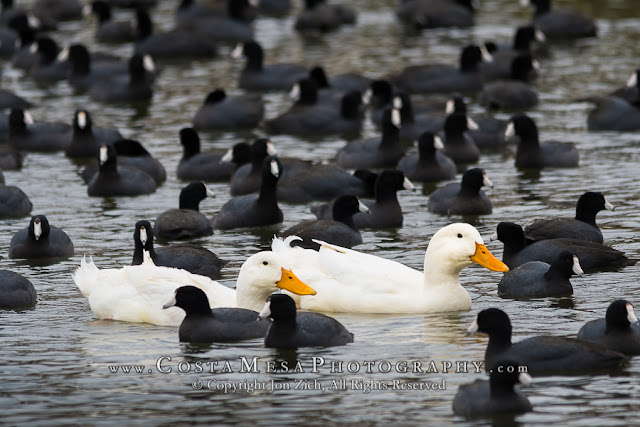 Ya, I was wondering the same thing... 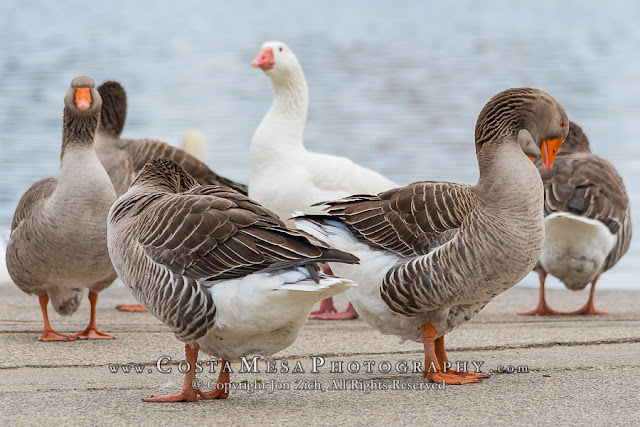 Lake Balboa is a district in the San Fernando Valley region of the city of Los Angeles, California.  The 2000 U.S. census counted 24,328 residents in the 3.13-square-mile Lake Balboa neighborhood  Lake Balboa is flanked on the north by Northridge, on the east by Van Nuys, on the south by the Sepulveda Basin and on the west by Reseda.

In the short time that I was there, I discovered quite a diversity of bird life, and was treated to quite a feeding display by a cormorant “choking” down a rather large suckermouth catfish!  It took several minutes for the cormorant to grip and position the fish just right in order to swallow it without the interference of the fins. 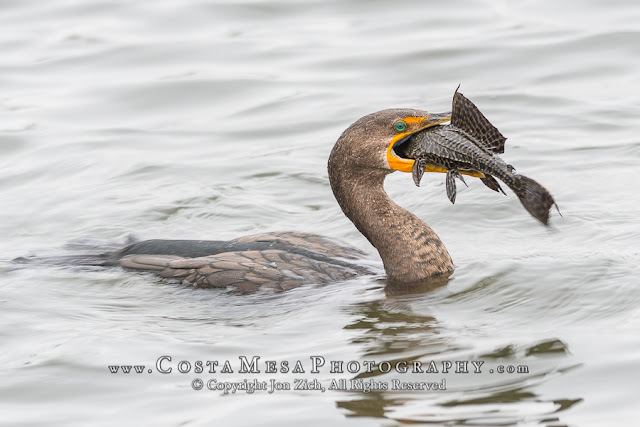 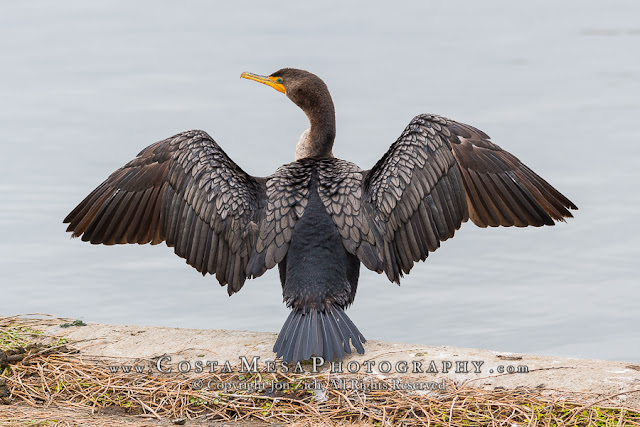 In addition, there were geese, great egrets, great blue herons, and hawks… 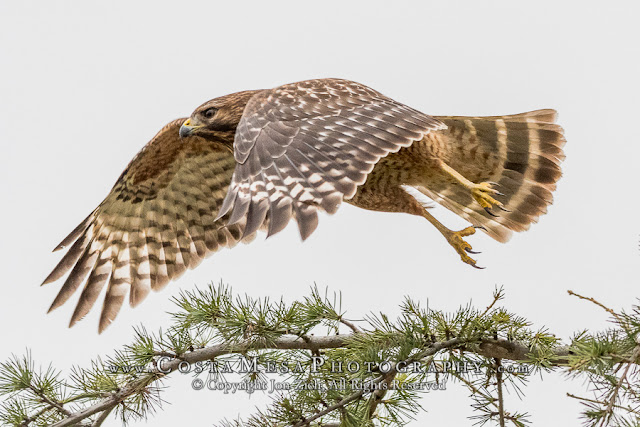 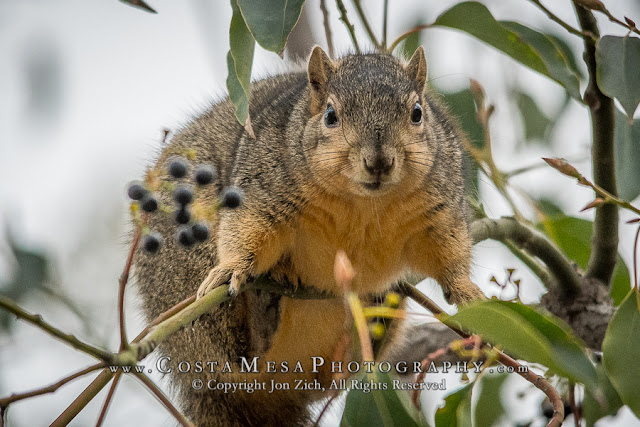 This Great-tailed grackle was a rather curious fellow as I went by... 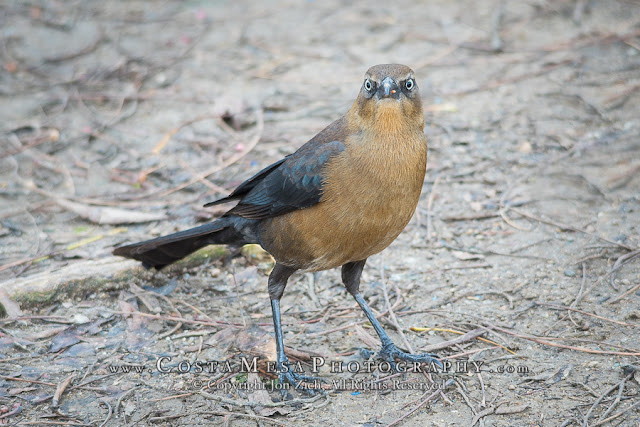 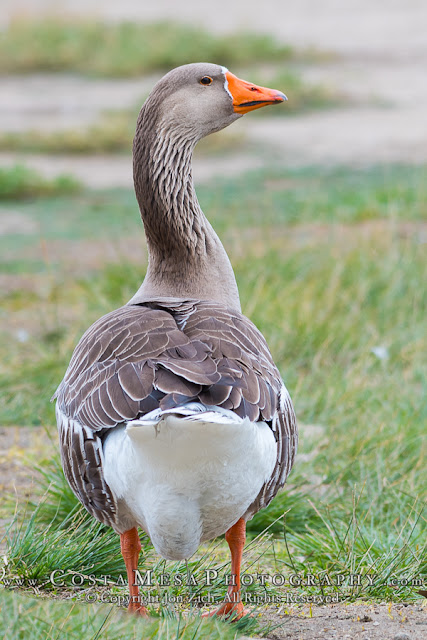 To see my full collection of images from this day's shoot, visit my website gallery at:  http://www.costamesaphotography.com/California/SouthernCalifornia/Lake-Balboa-Beilenson-Park/

Breitling Air Show in Huntington Beach...a first since the 90'

The Breitling Huntington Beach Airshow last year featured the United States Air Force Thunderbirds, the Breitling Jet Team, a variety of acrobatic planes, an F-18 Super Hornet, and sundry other demonstrations.  It is the only beachfront airshow scheduled on the West Coast. It is also the first airshow to take place in Huntington Beach since the 1990s. 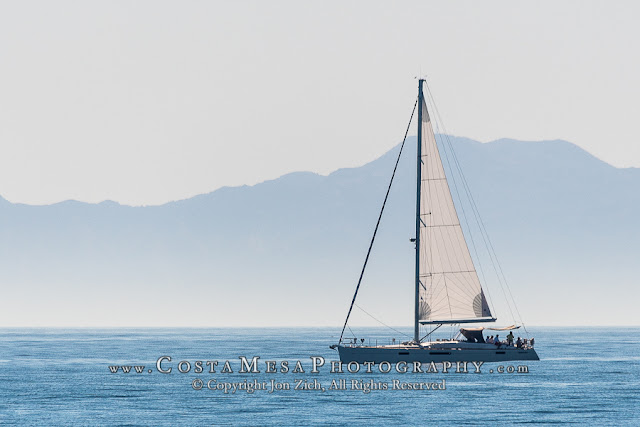 And of course the named star of the show was the Breitling Jet Team.  The Breitling Jet Team is made up of seven L-39C Albatros aircraft, Czech-made twin-seater military training jets that can also be used for passenger flights.  These magnificent planes represent an excellent compromise between performance, aesthetics, reliability and operating costs. 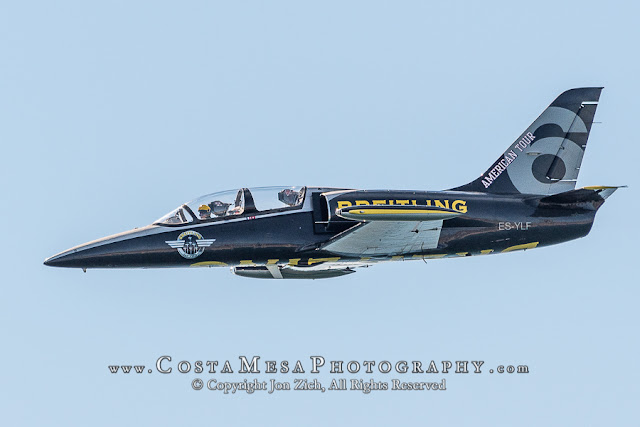 Below are several shots of the Thunderbirds.  The Thunderbirds have the privilege and responsibility to perform for people all around the world, displaying the pride, precision and professionalism of American Airmen. In every hour-long demonstration, the team combines years of training and experience with an attitude of excellence to showcase what the Air Force is all about. As the jets take to the skies and fly only a few feet from wingtip to wingtip, the crowd gets a glimpse of the awesome skills and capabilities that all fighter pilots must possess. The solo pilots integrate their own loud and proud routine, exhibiting some of the maximum capabilities of the F-16 Fighting Falcon – the Air Force’s premier multi-role fighter jet. 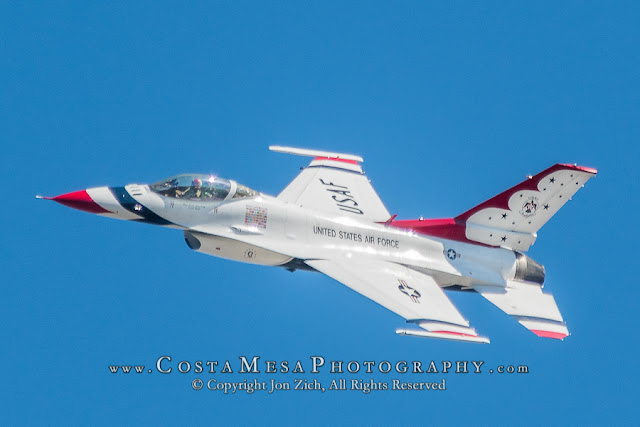 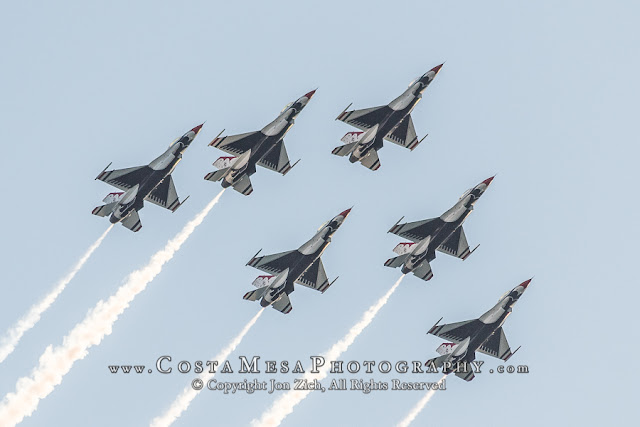 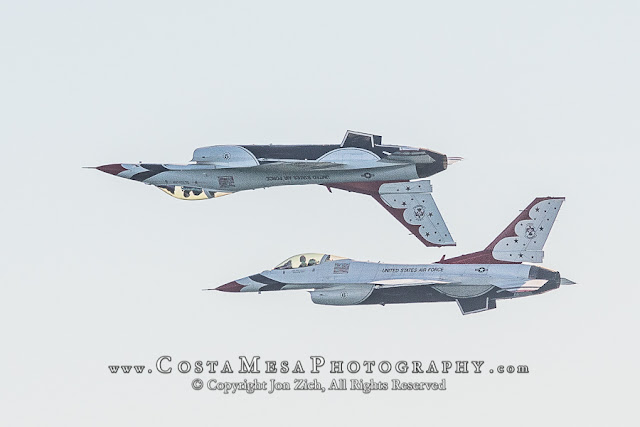 The next couple of shots are of the amazing Screamin’ Sasquatch.  The Screamin’ Sasquatch was a classic 1929 Taperwing, the plane of choice for barnstorms in the 1930’s and 1940’s.  Today however, this plane has been highly modified in many ways, the least of which is  that it’s powered by two different engines.  Every control surface has been specifically engineered for the unique aerodynamic forces encountered during high-speed flight and portions of the aircraft’s structure have been converted from wood and fabric, to carbon fiber.  The cockpit has been moved 3 feet aft, in order to accommodate fuel tanks for both 100LL and Jet A fuel.  The cockpit is extremely modern and incorporates the MGL Avionics Stratomaster Odyssey touch screen system, which integrates all of the engine monitoring of both powerplants and the aircraft’s avionics systems – essentially combining a couple of dozen gauges into one screen.  The amazing thing is listening to this plane climb when the jet engine is engaged…and hence the name Screamin’ Sasquatch! 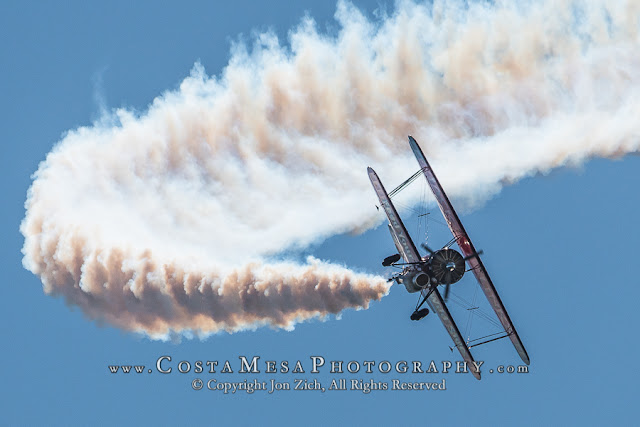 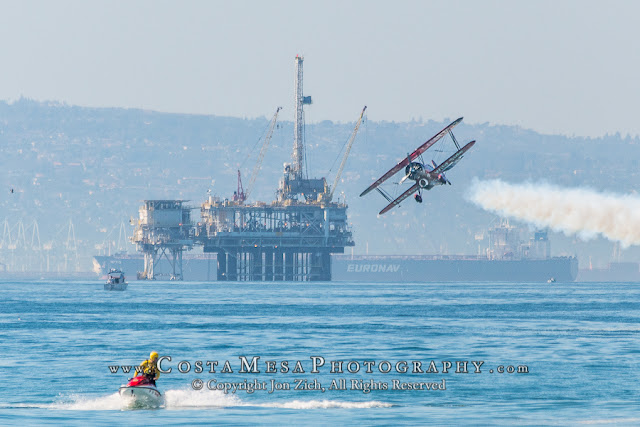 But one of my favorite demonstrations was that of a single F-18 Super Hornet.  This is the VFA-122 Super Hornet in action.  The Tactical Demonstration, or "Tac Demo" team flies as close to the "edge of the envelope" as safety and prudence allow.  The routine highlights the Rhino's maneuverability and slow-speed handling characteristics.  The "Demo" is designed to highlight the mobility, versatility, and power of the FA-18.  From the high "G" minimum radius turn to the slow speed "high-alpha" pass, the Demo flight puts the Rhino through its paces. 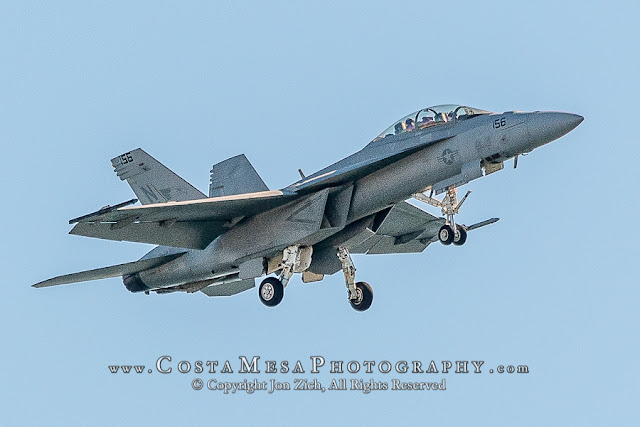 Lyon Air Museum’s C-47 Dakota, recently christened “Willa Dean”,  has had a long and successful service life. Transferred from the USAAF to the French in May of 1945, this aircraft continued to fly for the most part unmodified, unlike so many of its contemporaries. In 1967 it again changed ownership, this time transferring to the Israelis. There, it continued service without major modification, ultimately being sold to the civilian market where it found its way to Lyon Air Museum as one of the most complete and original C-47s currently in operation. “Willa Dean” now carries the colors of the 440th Troop Carrier Group’s 97th Troop Carrier Squadron, complete with D-Day Invasion Stripes. 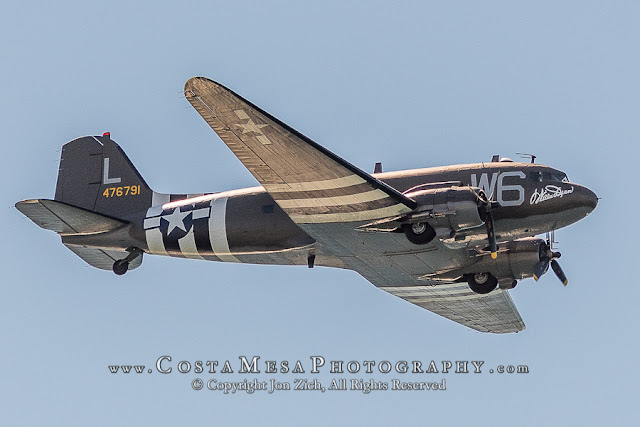 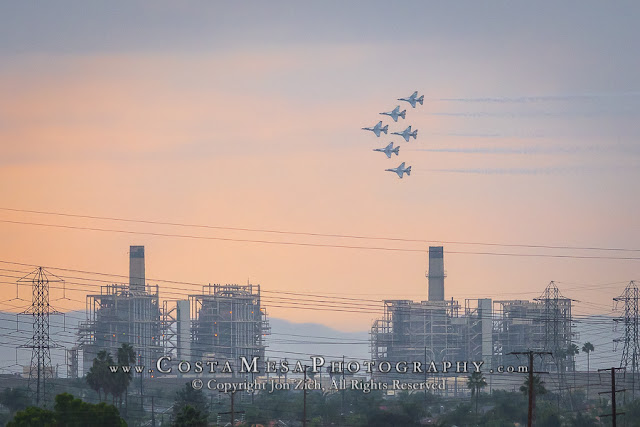 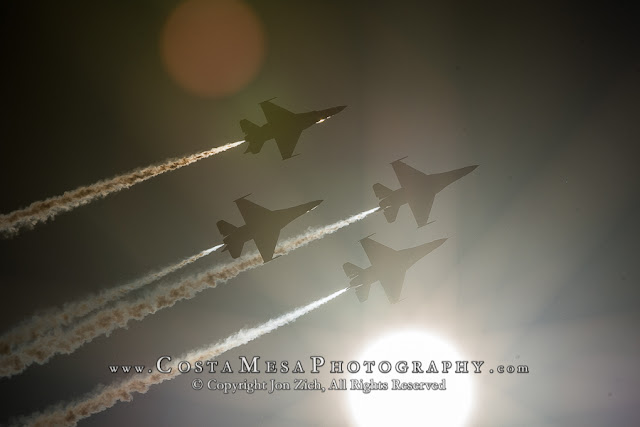 To see my entire collection from this shoot, here's a link to my website gallery:  http://www.costamesaphotography.com/California/OC-Orange-County/HB-Breitling-Air-Show/

San Jose--in the shadow of its famous neighbor, San Francisco

A trip last year to Northern California began with a stop in San Jose.  LOTS to see in San Jose—much more than I would have imagined!

Ever heard of Winchester rifles?  Of course, right?  The Winchester House is a California Registered Historical Landmark which was built by Sarah Winchester, widow of rifle manufacturer William Winchester.  This unique Victorian structure was constructed beginning in 1884 and continued without interruption until Mrs. Winchester’s death in 1922.  The continual building and remodeling efforts created a 160-room house covering an area of six acres.  The grounds and gardens have been carefully restored to the time when Mrs. Winchester had a full-time staff of eight gardeners. 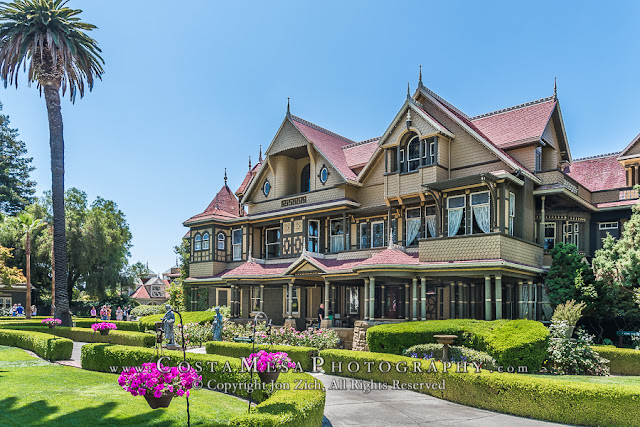 Adjacent to the Winchester House was another not-so-obvious piece of history…albeit from nearly a century later…  Built in 1964, and closed nearly 50 years later in 2014, the Century 21 theater was granted historic status by the San Jose City Council.  Of the three dome-style theaters, the Century 21 is the oldest and the most intact.  The San Jose Century 21 was opened with the intention of using the 3-strip Cinerama process; but it actually only showed 70mm. The screen was later replaced with a flat model, but has remained intact as a wonderful throwback to the domed Cinerama palaces of the 1960’s.  The domed buildings are still visible, but were not accessible (and didn’t photograph well given our path to the Winchester House…)—so the sign will have to do! 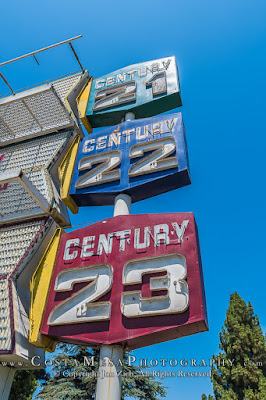 Next stop was to visit the Japanese Friendship Garden.  The Garden was built as a symbol of everlasting friendship between the City of San Jose and its Sister City of Okayama, Japan in 1965 and is patterned after the world famous Korakuen Garden in Okayama. The gardens are beautiful, with water features, plants and gardens, lawn and picnic areas, and venues for special event ceremonies.  There was even a Green heron perched in one of the pools… 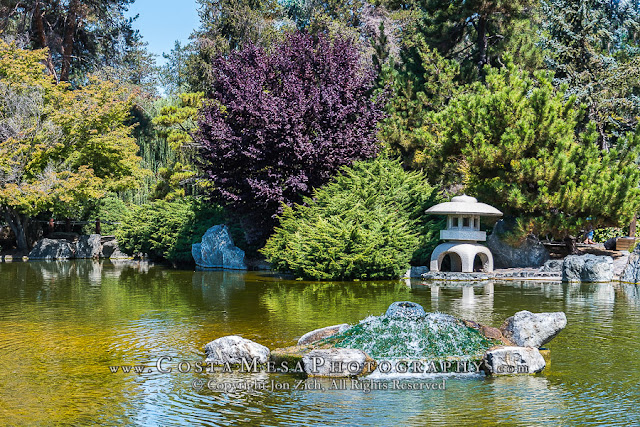 Not done yet…next up was right around the corner in Kelley Park, a 156-acre city park in San Jose.  It not only encompasses the Japanese Friendship Garden, but the Happy Hollow Park & Zoo and, the History Park of San Jose, which was really quite fascinating and picturesque!  History Park highlights Santa Clara Valley’s past. Complete with paved streets, running trolleys (except when we were there!) and a café.  This 14-acre site has the charm and ambiance of times gone by. 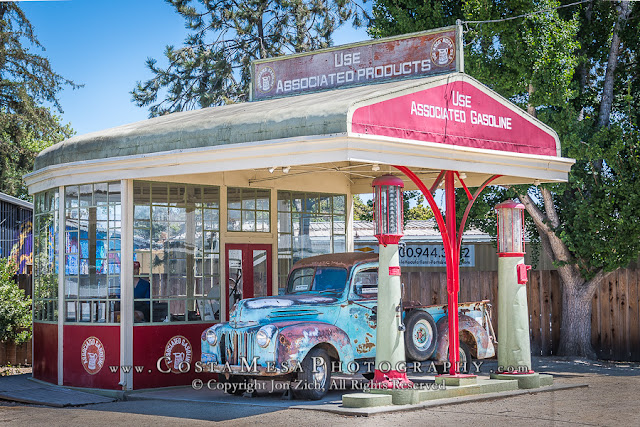 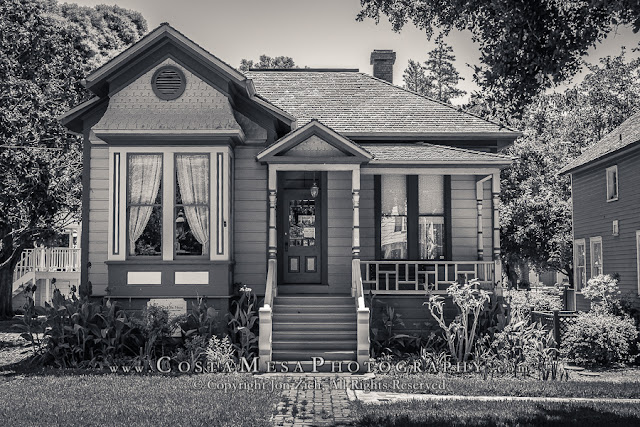 And to cap off the visit--a visit to the Municipal Rose Garden.  Rolling green lawns and colorful blooms of more than 3,500 plantings and 189 varieties highlight the 5 1/2–acre Municipal Rose Garden.  A one-time prune orchard, today is one of the most attractive gardens of its kind in the world, drawing thousands of visitors each year. San José's Municipal Rose Garden is also home to newly hybridized rose and new rose varieties. In fact, the All-American Rose Selections, a national independent rating organization sends the new varieties to the Garden for testing before release to the general public. The roses are tested in areas like health, amount of blooms, color, form and unique qualities of bloom, before being accepted as a new variety and released to the public. 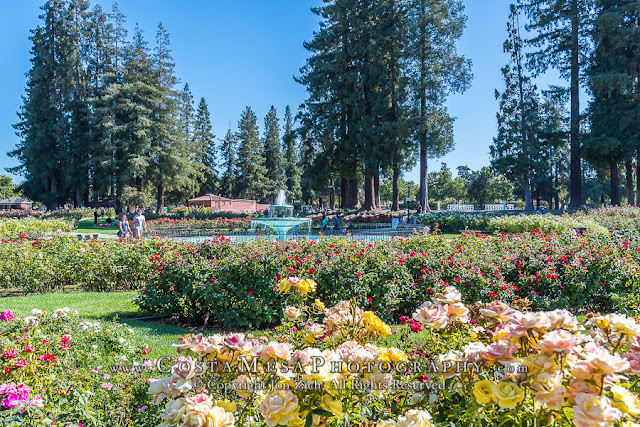 The Garden has a natural grass stage surrounded by a cathedral of redwood trees and a view of the roses and was championed by early members of the Santa Clara County Rose Society.  In 1927, the San José City Council voted to set aside 5 1/2 acres of an 11–acre tract of land to the Rose Society which pledged to provide roses for the Garden. In 1937, the Rose Garden was officially dedicated.

In summary, San Jose is definitely worth your time to visit.  It's no wonder that it has a modern international airport within its borders.  This is a happening place!