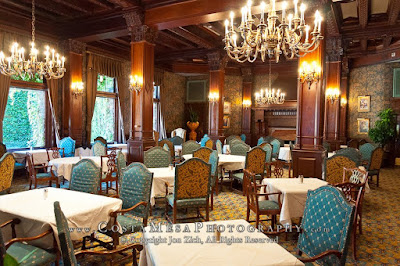 My wife and one of her friends just returned from the Sawdust Festival in Laguna Beach. Although I’ve never been there, I understand it’s an extremely popular annual arts and crafts event that features among other things a photographic exhibit. When my wife came come, she reported that she had seen quite a number of “HDRs”. That comment struck a chord with me that I wanted to share with you.
First of all, can you imagine a friend coming back from an art exhibit and telling you that they saw a bunch of watercolors? Or a bunch of pen-and-inks? Or how about a bunch of frescos? To all three of these questions, I think the answer would be “yes”.  The friend has only told you about the art’s medium, not the art itself. So because my wife and her friend said they saw a bunch of HDRs, what does that mean?
HDR is a medium for photographic expression, just as is B&W--it's another medium, or technique. In fact, like painting, photography has a myriad of different techniques and mediums through which photographers express their emotion and point of view. And depending on whether the photographer is working in the realm of photojournalism, or documentary, or landscape, or portraiture, or macro, or sports, etc…the techniques used can involve elaborate capture setups and/or elaborate post-production efforts. HDR is simply a tool, or technique, or medium that can be utilized in some or all those various realms.
Now let's look at when someone might or might not want to use HDR as part of their image creation process. Just as saying “watercolor” describes a broad range of end-result styles, HDR is a term that describes a broad range of results, from the radically process extremes sometimes referred to as “grunge”, to the more sedentary balancing and evening out of wide tonal ranges in a scene (like my HDR image in this posting). Unfortunately, HDR has come to carry with it a connotation that many photographers associate with unpleasing results, when in fact, some of the most awe inspiring images are HDRs—and were created in the darkroom years before there were computers and software designed to deal with high dynamic range…ah yes, the days of dodging and burning…you remember them, right? That was “HDR”.
I heard a good friend once say “that’s a hammer looking for a nail”, and another friend told me that "if your only tool is a hammer, every problem looks like a nail"… Both statement conveying the same singular mindset.  In photography, if you’re starting out with intent to create an HDR, then you are a bit like that hammer. Keep the hammer in your toolbox until you’ve decided what story you’re trying to tell with your imagery. What did you see, how did you decide to compose it, what camera settings were most appropriate to capture the essence of motion, color, depth, contrast, and finally, what post-processing techniques will help you complete the story telling--maybe HDR is the tool/technique you need, maybe not.  Don't use HDR just because you can...