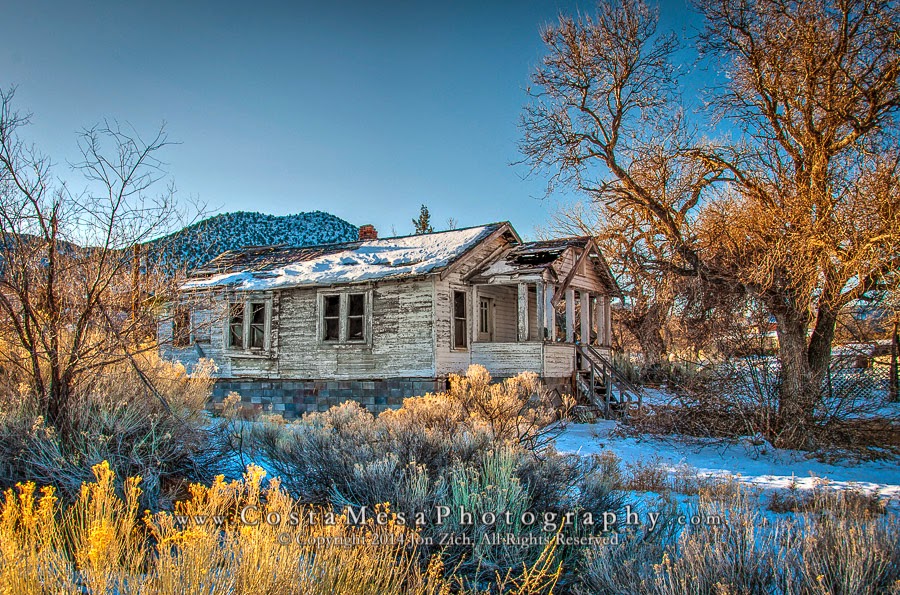 Golden is a sparsely populated ghost located between the towns of Cedar Crest and Madrid.  Golden was inhabited by Native Americans and Spaniards long before American settlers came to the area. However, it began to boom when gold was discovered in 1825. Years before the California and Colorado gold rushes, the site of Golden became the first gold rush west of the Mississippi River.  Mining continued on a small scale until about 1892 and ranching continued to be a mainstay of the economy. In 1918 the Golden General Merchandise Store opened, which is the only business in town that continues to operate today. It is now referred to by the locals as Henderson General Store, giving credit to its owner.


By 1928, the population was so reduced that the post office closed and Golden officially became a ghost town. For years afterwards, its many abandoned buildings remained, tumbling down between its few remaining occupied structures. Golden's most photographed building is the San Francisco Catholic Church, which was restored by historian and author, Fray Angelico Chavez, in 1960, while he was the padre of the St Joseph Church in Los Cerrillos.


It was still very early in the morning when we stumbled into Golden.  The first few sights were those of desperately abandoned structures—some less habitable than others.  But up on a hill easily accessible by walking up a snow covered dirt road was the church—a shining beacon on a hill if you will.  The brisk mountain air accompanied by the snow crunching under our feet combined to create a wonderful sense as we took up various position for making photographs.


The charm, and enchantment of New Mexico is ever present along the Turquoise Trail.  You can see more at my website gallery at:  http://www.costamesaphotography.com/Arizona-New-Mexico/Turquoise-Trail
Posted by Jon Zich at 5:21 PM